I was scrolling through Instagram looking at pretty pictures when I ran across a Nerd Lacquer Polar Bear swatch. I stopped and stared at it for a minute, kept scrolling, went back to it, commented, debated buying it, and eventually closed out of the window.  That's how it starts.  I kept thinking about it and brought it up in a nail polish group.  The next day, I was like, "Just buy it, you obviously want it."  So I did and here we are! 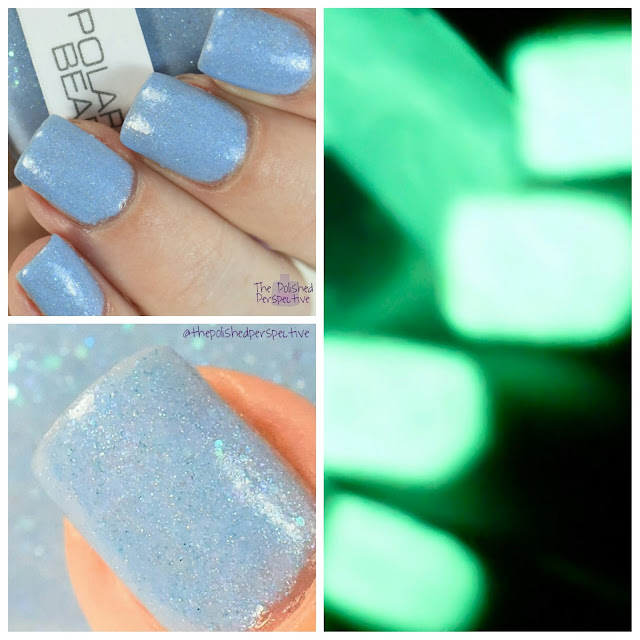 Polar Bear is a light sky blue shade with a lot of different sparkly glitters.  The glitters are small in size with none of the chunky glitters.  It's a beautiful shade of blue and a true light blue without much dustiness that some lighter shades have. 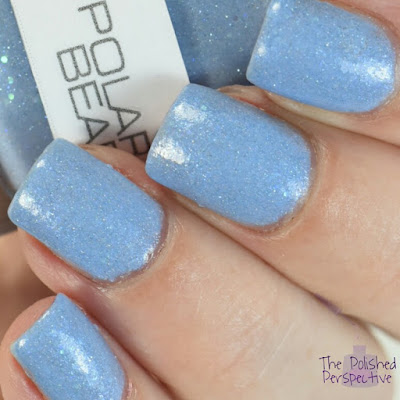 Look at these glitters!  I love the combination of micro glitters! 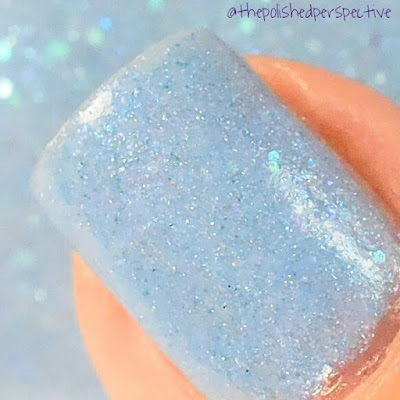 Don't use INM Out The Door with this polish, it will cause some crazy tip wear.  I was like, "Hmmm, maybe I can make my watermark disguise that ugly tip wear." 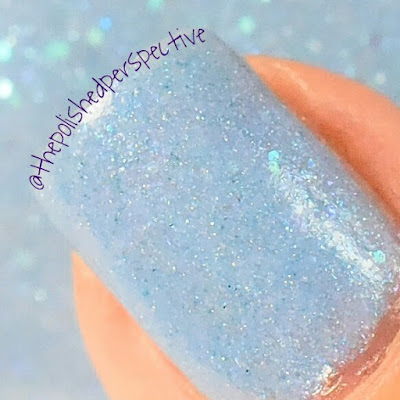 That's not subtle is it?

This is a color changing polish; however, I had a hard time getting much of a color change.  It's hotter than hades in Kentucky and really effing humid too.  It's supposed to change from sky blue to turquoise.  I did get a slight change in really iced water, but as soon as I pulled my hand out and put it in front of three daylight bulbs, I didn't have much luck.  I don't want to say this doesn't change, because the weather just isn't conducive to playing with thermals.  But, I dunno.  I'll have to try again when summer's over. 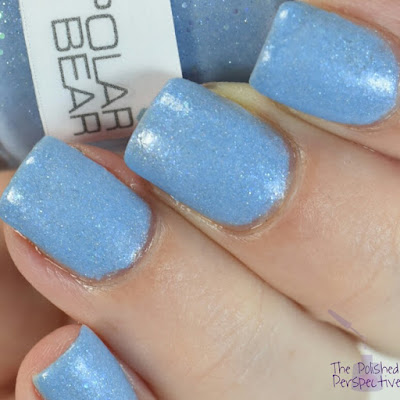 Polar Bear is also a glow in the dark polish.  So much fun!  It's been awhile since I've used a GITD polish and I fully prepared myself for what the formula might be like.  I have used a few GITD polishes in the past and the formulas are thicker and just slightly slower to dry.  I remember reading a thread where an indie polish maker explained that the ingredient that makes the polish GITD is what causes the thicker consistency.  I'm not a maker.  I'm not a GITD polish aficionado, but that explanation seems on par with my experience with GITD.

Due to the thicker nature of the polish, I applied one thin coat and allowed it to dry completely.  Then I slapped on a thicker coat.  I didn't have a problem applying this polish.  It dried a little slower than just a regular crème polish.

I had to try to take a picture of this glowing.  That ish was hard.  It was late, and I tend to stare off into space when I'm tired.  I ended up staring at the light while I was charging the polish and then I couldn't see through the view finder.  I'm not that dumb, I swear, I blame tiredness.  I gave up after a bit, but here's a couple shots. 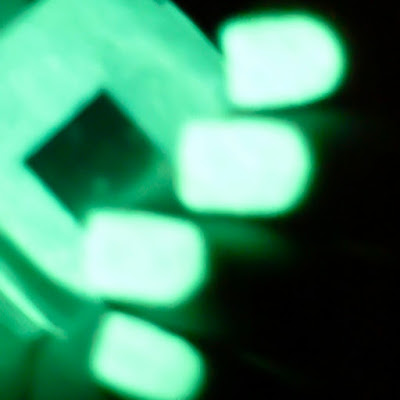 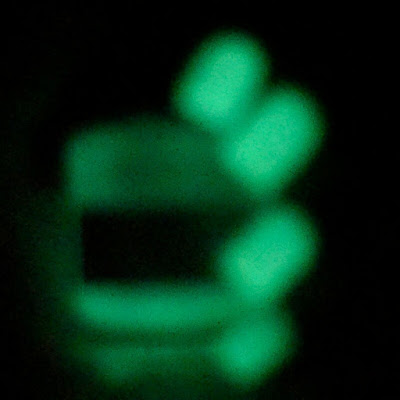 Overall, I really like this polish and I'm glad I bought it.  I don't own any thermal AND glow in the dark nail polishes, and  I didn't even know they existed before stumbling on the swatch pic!

The formula is a bit thick but I was able to apply it easily.

The shipping time was really fast and I received some really cute goodies.  I couldn't help myself, I took a phone picture after I open my package to show my nail fraaannnds. 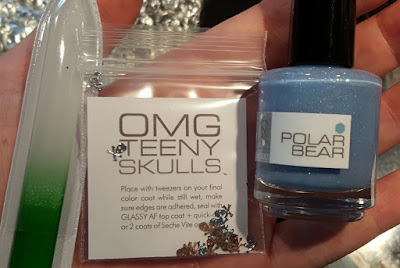 Posted by The Polished Perspective at 8:39 AM
Email ThisBlogThis!Share to TwitterShare to FacebookShare to Pinterest
Labels: indie polish, nerd lacquer