The  LynBDesigns Tudor Rose Collection is releasing April 1st at 7 PM EST.  This collection has a great variety of finishes and colors.  Each one represents a wife of King Henry VIII with a glitter topper representing Tudor History.
This collection is designed by both Jen from The Jedi Wife and LynBDesigns.

Catherine of Aragon
$10
A Royal Purple crelly base with hidden golden shimmer and intense linear holo.  Three coats plus top coat.  Formula and consistency were good.  This dried to a smooth finish.  This one is my favorite.
Catherine was married to King Henry VIII's brother, but he died shortly after they married.  She then married King Henry VIII. 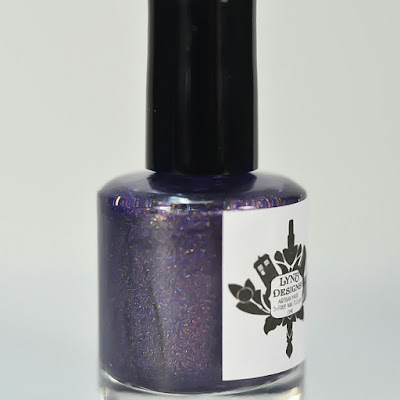 Catherine only bore Henry VIII one surviving child, a daughter. 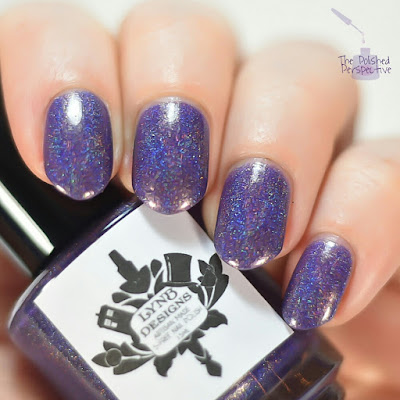 King Henry VIII began looking at the texts of Leviticus which state if a man takes his brother's wife, he will be childless.  The fact that he had a female child, didn't count, he was supposed to have a male heir.  He attempted to get an annulment through the Catholic Church which resulted in the Church of England breaking away from the Pope and the Roman Catholic Church. 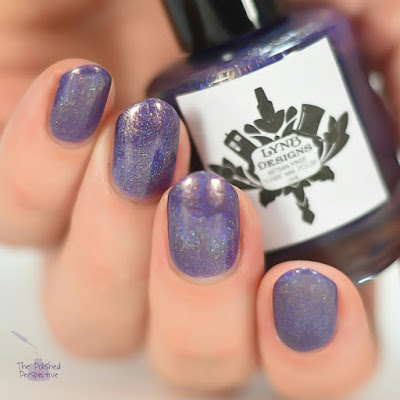 Catherine was banished from court and lived the rest of her life in unhealthy conditions until her death. 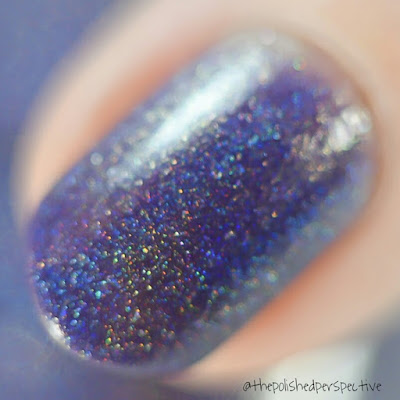 Anne Boleyn
$10
A blood red jelly base filled with linear holo, red micro glitter, and a hidden red shimmer.  Three coats plus top coat.  Formula and consistency were good and built up well.  This is my second favorite. 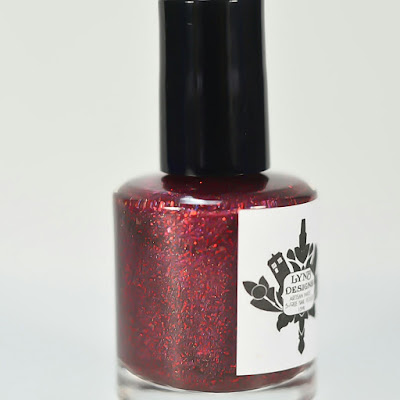 Anne Boleyn was Catherine of Aragon's lady in waiting.  She began having an affair with the King, and got pregnant, while he was still married to Catherine.  She married the King before his marriage was dissolved. 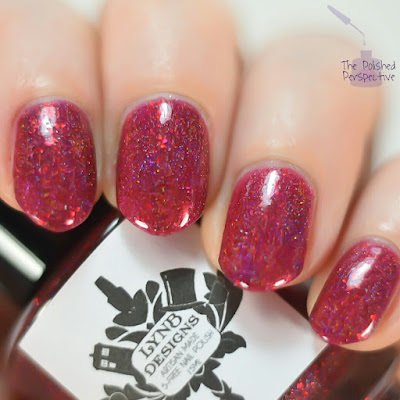 She was rumored to have three thumbs and a goiter on her neck, but that has never been substantiated.  A lot of people didn't like her, so that's probably why there's so many not so nice words about her in history. 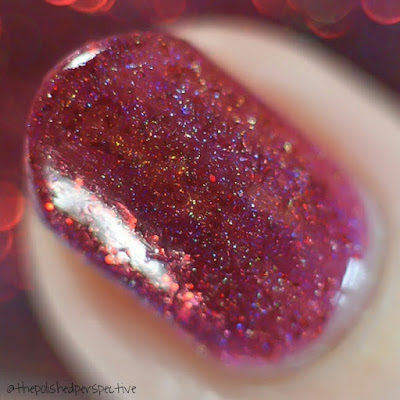 Anne was unable to produce a male heir.  People began to plot against her.  She was accused of adultery, incest, and plotting to kill the King.  For that, she was beheaded. 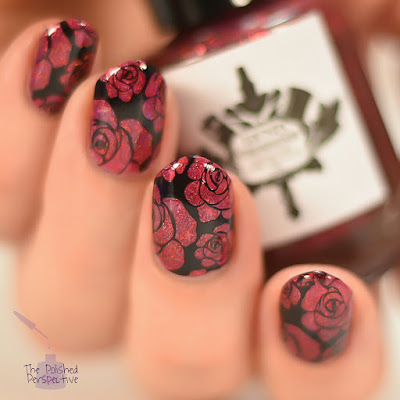 Jane Seymour
$8
A dove grey crelly base with a hint of blue shimmer, golden flecks, and a gold micro glitter.  Three coats plus top coat.  It was a bit sheer due to being a light colored crelly.  I did one thin coat, one thick coat, and one thin coat plus top coat for this picture. 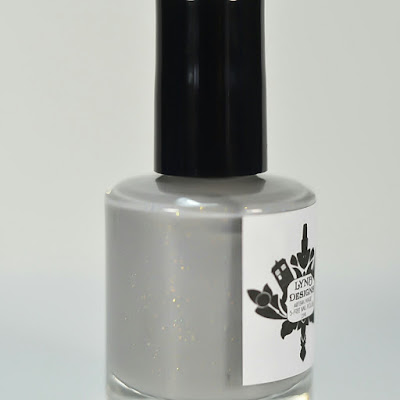 Jane was a lady in waiting to Anne Boleyn. 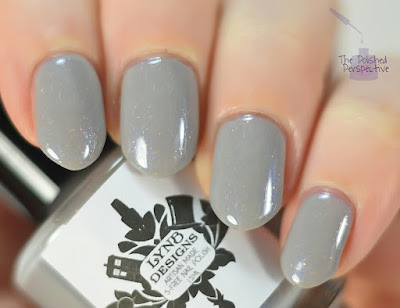 She became engaged to the King one day after Anne's execution. 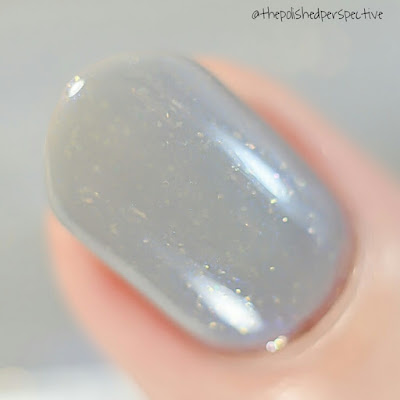 A year later, she gave birth to a son, got an infection and died. 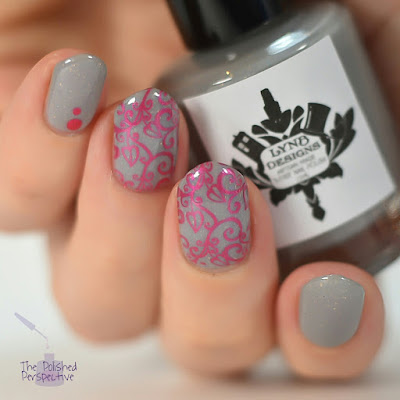 Anne of Cleves
$8
A taupe base loaded with golden shimmer, gold galaxy holo, and peachy pink glass flecks.  Two coats plus top coat.  Formula and consistency were good.  It dried slightly textured.  I feel like this is really unique.  I know I don't have this particular polish in my stash.  The shade feels very Baroque to me and this my third favorite. 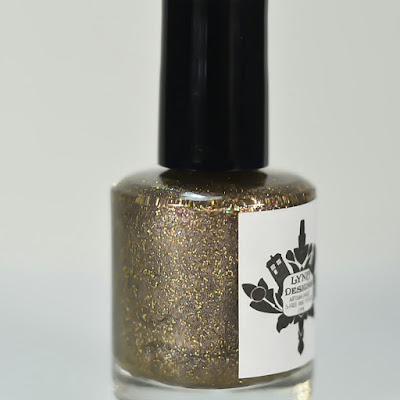 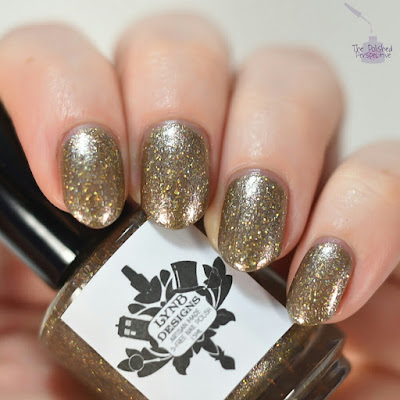 The King picked Anne's portrait as his match. 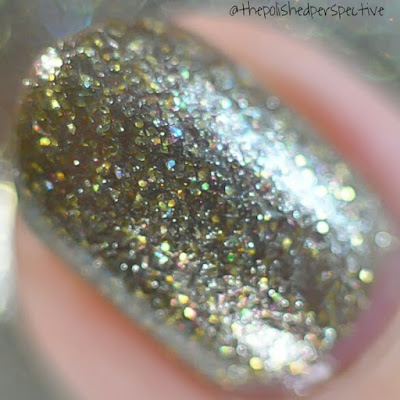 He didn't like her once marrying her, and they annulled. 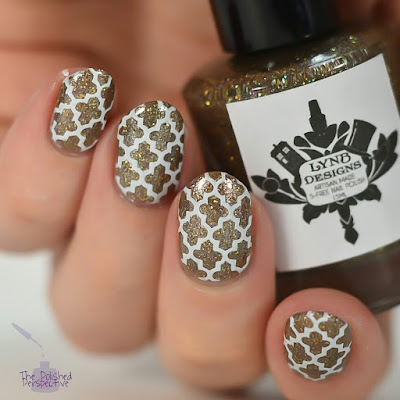 Catherine Howard
$8
A light pink base loaded with silver and golden shimmer.  Three coats plus top coat.  Formula and consistency were good and dried smooth. 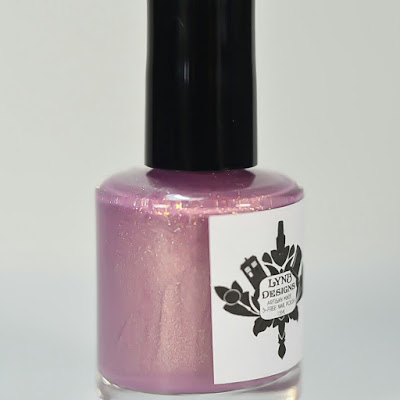 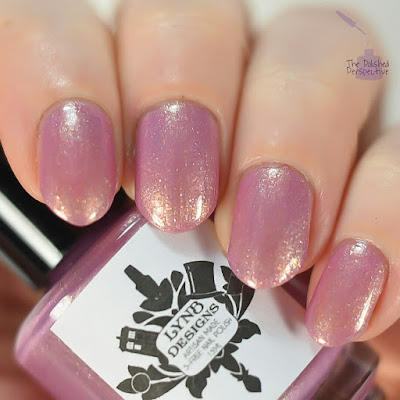 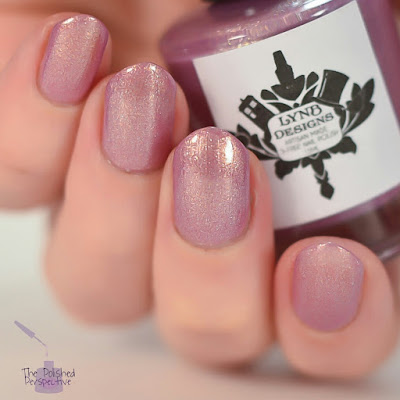 She had an affair and was beheaded. 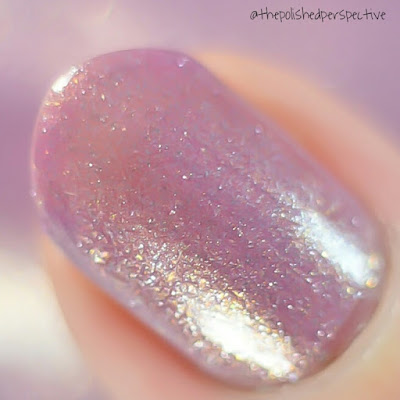 Catherine Parr
$8
A forest green jelly base with silver galaxy holo.  Three coats plus top coat.  Formula and consistency were good.  I love the dark jelly and galaxy ratio. 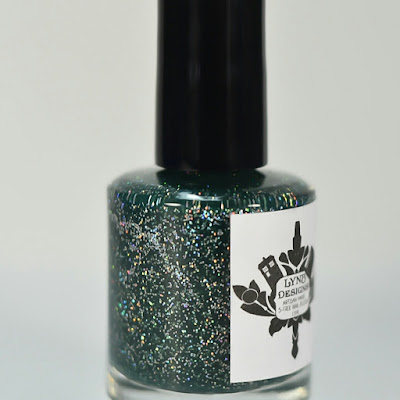 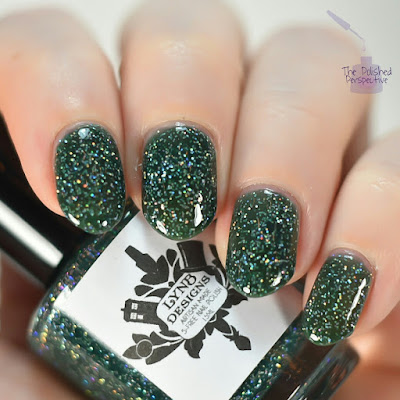 She married the King (her third husband), argued about religion, and brought him closer to his biological children. 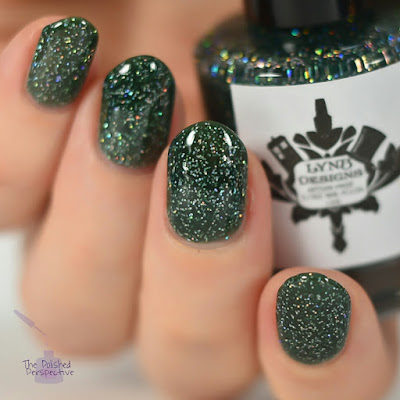 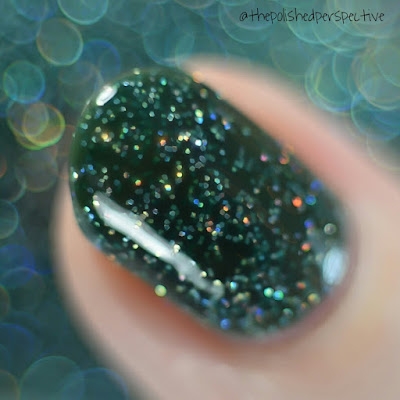 Tudor Rose
$8
A clear base with gold, green, and red flecks with white, red, and burgundy glitter.  Meant as a topper.  However, I did three coats over no base.  I think this would look fantastic over a nude or light pink base. 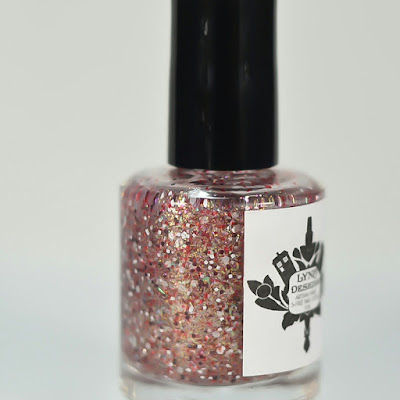 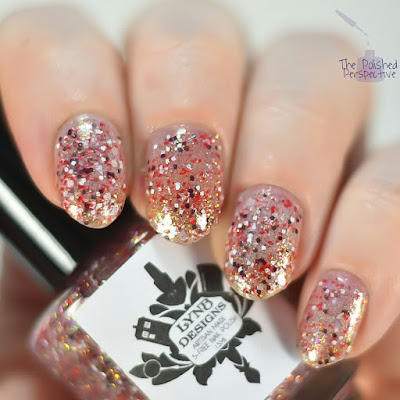 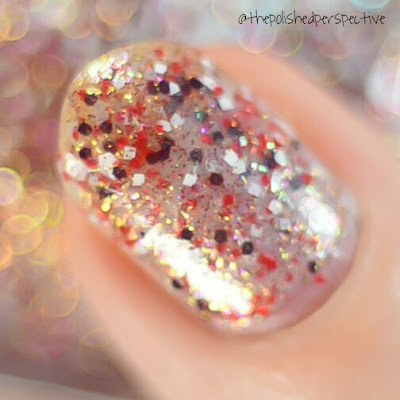 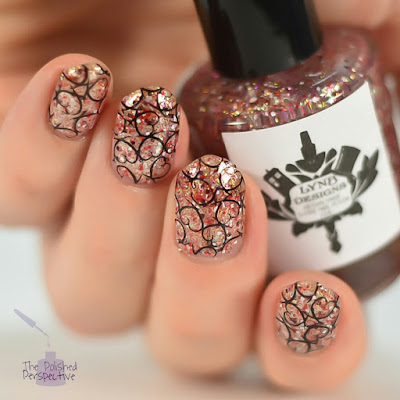 The LynBDesigns Tudor Rose collection releases April 1st at 7 pm EST.  Take a look at some of LynBDesigns' links:
Shop
Facebook
Facebook Fan Page
Instagram
Twitter
The pictures of the wives are from http://tudorhistory.org/wives/.
Isn't Tudor history drama filled?  If you're looking for a good read, check out ﻿The Six Wives of Henry VIII.

Posted by The Polished Perspective at 11:24 AM
Email ThisBlogThis!Share to TwitterShare to FacebookShare to Pinterest
Labels: indie polish, LynBDesigns